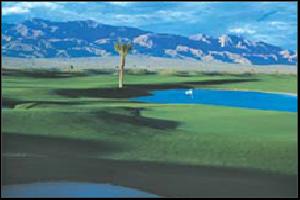 July 22, 2008 Scott Bowles
Okay all you NFL football lovers! It's fantasy league draft time again and where better to host your fantasy league draft than Las Vegas! Let me see - gambling, drinking, and GOLF! Sign me up! To make your NFL fantasy league draft all that it's cracked up to be, let Las Vegas Golf Adventures put together an unforgettable draft weekend that will include accommodations, golf, and a place to hold your draft. All you have to do is research and draft well, Las Vegas Golf Adventures will do the rest! Make it a 2 or 3 night trip, with 2 rounds of golf and a dedicated late afternoon draft start as to finish in time to get out and enjoy a little night life. Las Vegas doesn't get going until 11pm anyway. Golf packages start at $250 per player, based on double occupancy. So who's it going to be: Darren McFadden? LT? Tom Brady? Steven Jackson? Ocho Cinco? Brett Farve? Who will be your first pick? A better question to ask might be, where is your first pick going to be made? Hopefully for you, the answer to that one will be Las Vegas!

Lock in Your Rates for Your Upcoming Las Vegas Golf Trip and Save - https://t.co/TVoY32XXod https://t.co/8rEJpOVXui